GETTING ALONG IN THAILAND

The people of Thailand are renown throughout the world for their tolerance, hospitality and friendly smiles. All the same, as a visitor to the land of a thousand smiles you may find it helpful to be aware of certain Dos and DON’Ts thus avoiding unintentional miscues. Actually, most of these are only a simple matter of common sense combined with good manners. Not so much different than you would act in your home country but a few significant enough to mention.

THE MONARCHY: Thai people hold their King, Queen and the Royal Family in reverent respect and as a visitor to Thailand, you should do show the same respect. 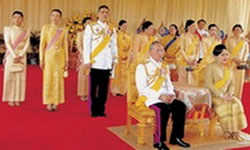 RELIGION: Thai law is very specific in regards to religious offenses. These laws not only cover Buddhism, the major religion of the country, but apply to the other faiths represented in the Kingdom as well. Here are a few reminders when visiting religious places. Dress neatly. Don’t go shirtless or in shorts, hot pants or other unsuitable attire. Remove your shoes when entering a temple. Buddhist priests are forbidden to touch or to be touched by women. All Buddha Images, large or small, ruined or not, are regarded as sacred don’t do anything that would indicate a lack of respect.

SOCIAL CUSTOMS: Thais don’t normally shake hands when greeting one another but instead, pressing their palms together in a prayer like fashion called a “WAI”. Notice how the Thais do it and you’ll soon catch on. It’s considered very rude to the foot at a person or even to point out an object with the foot. Try to avoid doing so even when sitting down the conception being the foot is the lowest part of the body. In the same right, Thais consider the head as the highest part of the body both literally and figuratively. They don’t approve of being touched there even in a friendly gesture. Similarly, you may notice the younger Thai people try with great effort to keep their heads lower than those of the older one to avoid giving the impression of “looking down” on them. Public displays of affection are frowned upon. Losing your temper, to the Thai way of thinking, exhibit poor manners. C all Thais by their first name, not the surname and use the word “Khun” in front. This work is equivalent of “Mister”. You are expected to remove your shoes before entering a Thais house, like temple, mentioned above. 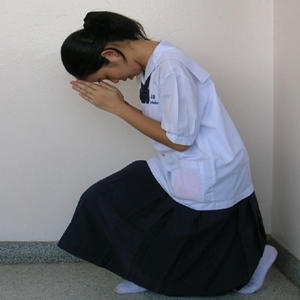 DINING: To get a waiters attention, a wave of the hand is all that’s needed. Refrain from clapping, hissing or snapping fingers. Usually a tip of 10-20 Baht or 5-10 % of the bill should be given when dining in a middle, or high class restaurants,

We wish you enjoying pleasant and amazing travelling in Thailand